Welcome to the August 2022 edition of Update. 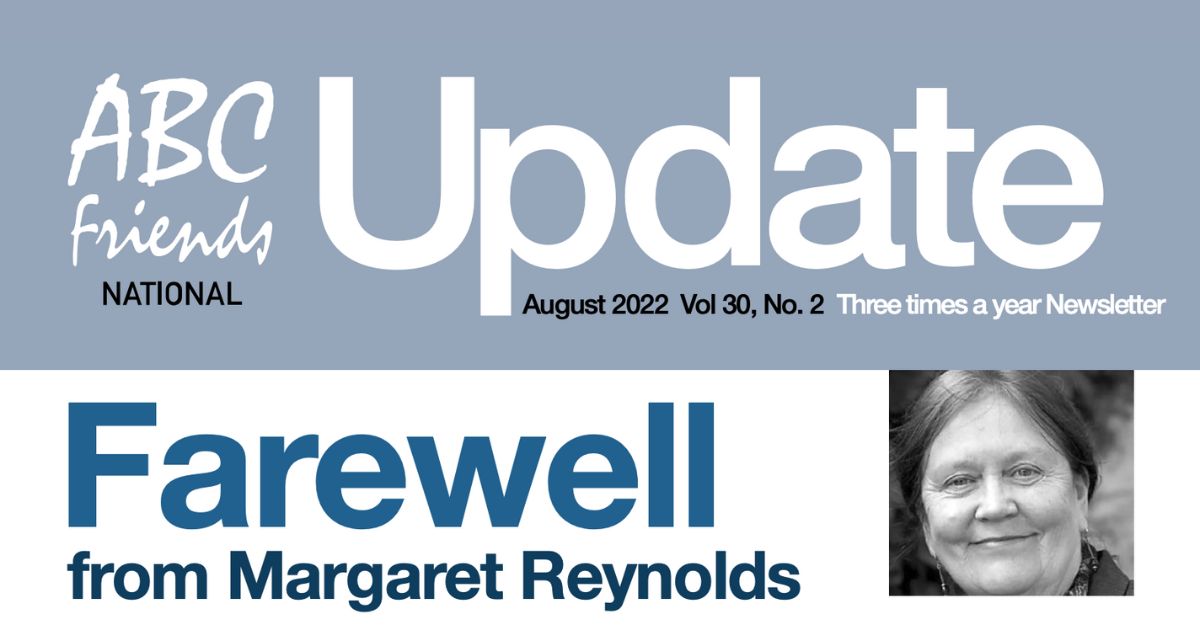 A lot has changed since the last edition. We have a new government that is much more sympathetic to the ABC than its predecessor. Indeed, in August Prime Minister Anthony Albanese forcefully stated his support for an independent national broadcaster in a wide-ranging speech to celebrate the ABC’s 90th birthday.

There’s also been a big change at ABC Friends, with Margaret Reynolds’ decision to stand down as President after many years distinguished service. We will miss her – but it won’t be the end of her involvement as she is remaining an active member of ABC Friends Tasmania.

So what’s next for ABC Friends? Our first task is to ensure that the new government meets the commitments it made to the ABC before the election. Another early priority is to advocate our policy that all ABC Board appointments should be made in accordance with the ABC Act – something that has not always happened in recent years.

Thank you again for your support for ABC Friends. And thank you to Mal Hewitt, Angela Williamson and Diana Wyndham for their work in putting this blockbuster edition together.