Posted in Latest news from ABC Friends on 05 September 2019

Posted in Latest news from ABC Friends on 05 September 2019

This free event was hosted by ABC Friends WA on August 28th, and was held at the State Library of WA Theatre. It was ably compered by MC Peter Kennedy; and the three speakers, Dr. Joseph Fernandez, Mignon Shardlow and Neale Prior, all made interesting and well-researched comments about this critically important topic. 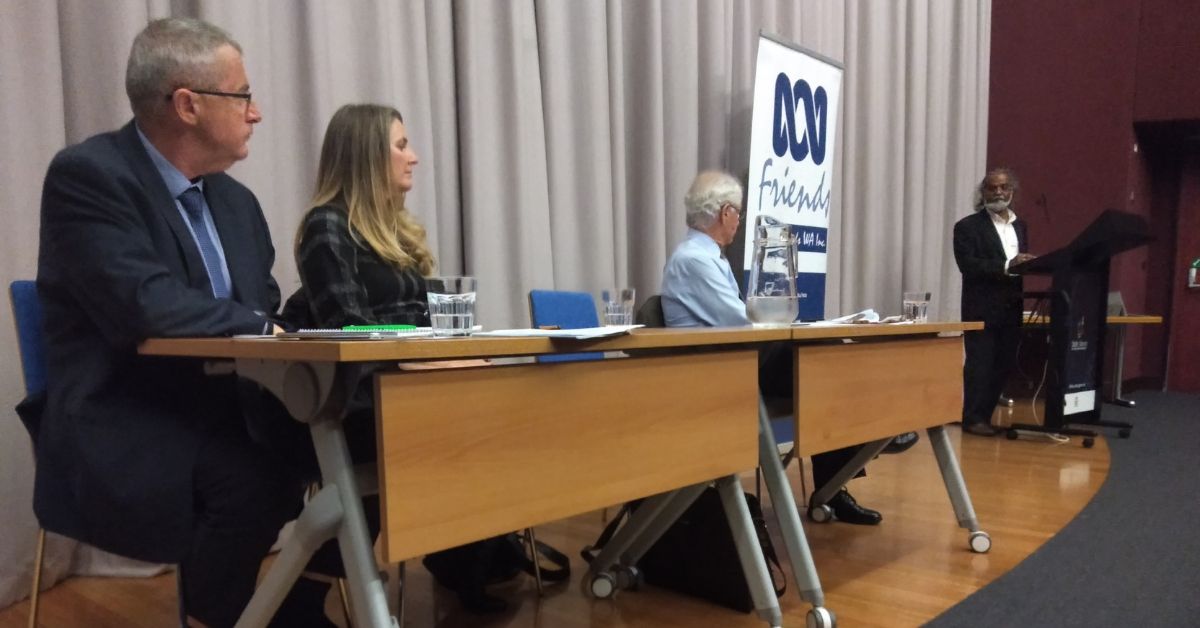 At the end of the forum, and after the adoption of amendments from the floor,  the following motion was put to attendees and passed unanimously:

This meeting of concerned citizens expresses its deep concern about the raids on the ABC and the home of NewsCorp journalist Annika Smethurst, and the erosion of press freedoms.  We call on the Attorney-General, Christian Porter, to urgently review the current legislation to ensure the right of journalists to do their job without threat of prosecution, to protect their sources, and to safeguard the public’s right to know.

‘Why are we steadily dismantling the very foundations of our democracy?’ asked Mignon Shardlow, previously a working journalist and now discipline co-ordinator of journalism at Notre Dame University.  ‘Press freedom is not limited to freedom for journalists … it affects us all’ said Joseph Fernandez, Associate Professor at Curtin University teaching media law.  The current Federal government has ‘a love of the use of the law as a form of power and enhancing power’, said Neale Prior, currently a finance journalist at The West Australian.

Dr. Joseph Fernandez quoted Andrew Wilkie, on Four Corners, saying that Australia can be called a ‘pre-police state’, and Bernard Keane of Crikey calling it an ‘anti-dissent state’.  Joseph was editor of a Malaysian daily newspaper for 14 years and put our situation in its geographic and historical context.  He pointed out that Mary MacKillop was a whistleblower on sexual abuse in the Catholic Church, for which she was excommunicated.  Whistleblowers need protection.  The increasing number of secrecy laws are being used to conceal events that embarrass the government and, in particular, prosecution in a closed court - which may occur in Bernard Collaery’s case - will lead to a breakdown in public trust in the courts. 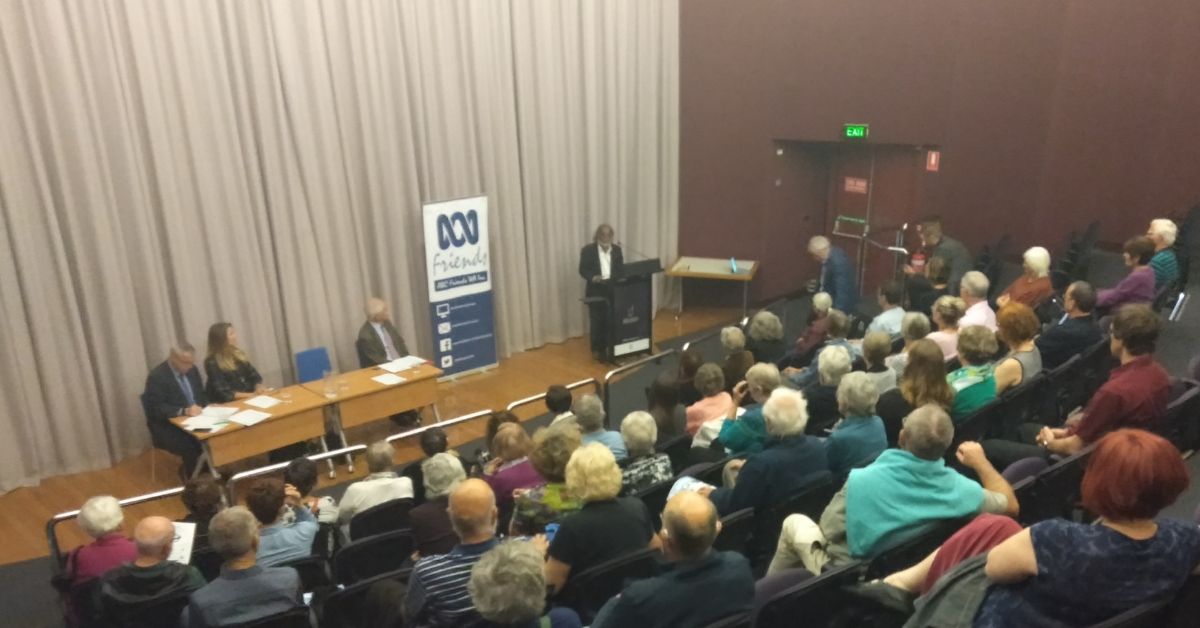 Mignon Shardlow said that since September 11 2001 the number of pieces of Federal legislation in Australia dealing with national security has grown from zero to 75 – more than in any other country. There is now ‘a massive area of legislation written at different times for different purposes with little consistency or order and rife for the potential of unintended consequences’.  Mignon mentioned various acts and their effects.  One is the ASIO Act as amended, which makes the penalty for a journalist revealing information on a Special Intelligence Operation (SIO) up to 10 years in prison – but the journalist cannot know what is an SIO, as this is top secret and ASIO will not confirm or deny it.

Neale Prior, who started his career as a policeman, pointed out that Peter Dutton’s claim, that police had been advised to ‘go easy’ on journalists after the reaction to the raids on Anneke Smethurst’s home and the ABC offices, was a joke. Police are agents of the crown and will chase leads within the law.  Neale, who has been a journalist for 34 years, recalled the glory days when technology cut the cost of printing newspapers but the ‘rivers of gold’ of print advertising were still flowing, and exposure in the media led to official inquiries. He told about how, as a young journo, he was directed by a Fairfax executive from Melbourne to go through the library of The West Australian collecting all the stories about the dealings of the WA government under Brian Burke.  The 3000-word article that resulted was the first to appear under the heading ‘WA Inc.’  Neale cited this as an example of the value of diversity in the media.  He is deeply worried now because of the forces from above on all journalists (legislation) and the forces from below on commercial journalists because of reduced revenues, resulting in fewer people to do the job.  He said that, if public broadcasters like the ABC also suffer cuts and interference, he is pessimistic about the future.

MC Peter Kennedy, previously an ABC senior political reporter and presenter, and still a frequent contributor on the ABC in WA, told a story from some years ago when the weekly National Times newspaper published a story about ASIO’s facility in Port Moresby that enabled it to bug all telephone conversations.  He was told to contact the foreign editor of the Sydney Morning Herald, who said ‘They should never have published that!’.  Clearly they already knew about the facility, but nothing happened, no one was charged. How times have changed.