ABC Friends campaigned successfully all around Australia to promote the case for a stronger and independent ABC – but sadly for public broadcasting, we are unlikely to see the political benefits. 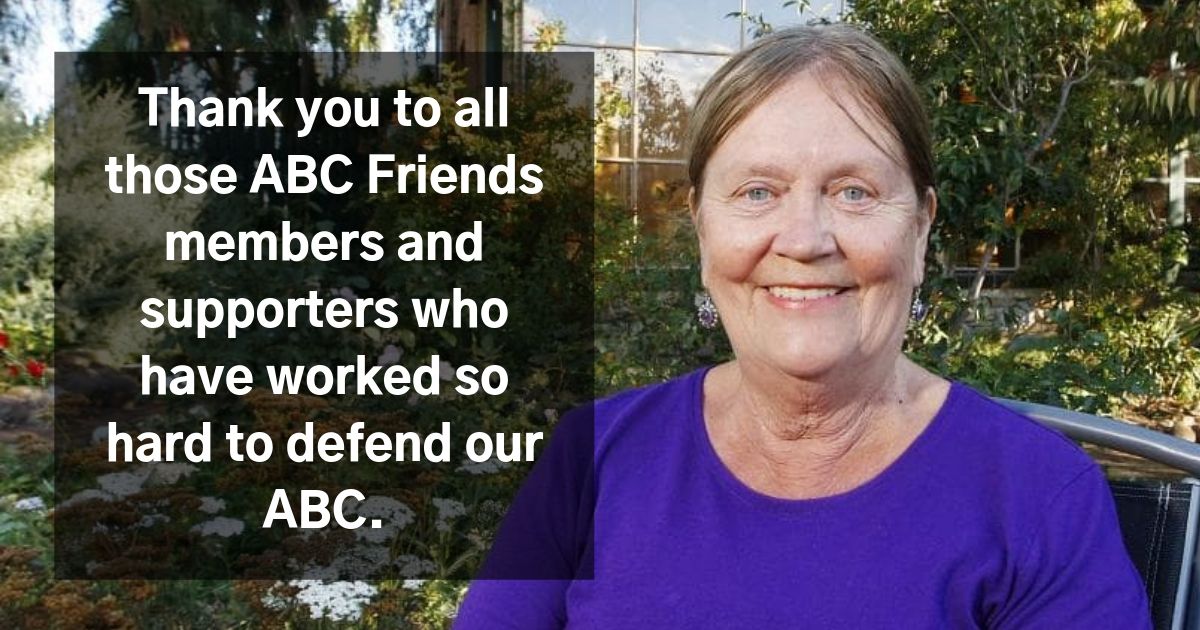 All Friends will be concerned about the Coalition Government’s agenda for the ABC over the next three years.

As part of our election strategy, we tried to get a commitment to public broadcasting from both Coalition leaders and the Minister for Communications.

Sadly we were ignored, though supported by the ALP and the Greens, and now can only fear what could follow the past six years of relentless cost-cutting and political interference.

However, as committed optimists, we must look for opportunities to influence the new government and also work constructively with those Parliamentarians who value the ABC and understand the fundamental benefits of public broadcasting in a complex disruptive media environment.

Our first task will be to offer our support to ABC Board Chair Ita Buttrose, who has a strong reputation for independence and is on the public record as being prepared to advocate for more funding for the ABC.

The ABC definitely needs its friends and we worked hard to ensure that public broadcasting was firmly on the political agenda during the election campaign.

Now we need to redouble our efforts to put clear arguments to both government and our Parliamentary ABC Friends Group to ensure the ABC is funded to a standard consistent with its charter obligations.

Thank you to all those ABC Friends members and supporters who have worked so hard to defend our ABC.

Your time and financial contributions have been crucial in guaranteeing that so many more Australians understand the importance of the ABC to our democracy.

There will be serious challenges ahead, but we now have a national structure and more aware community to continue the fight against privatisation and any undermining of independent public broadcasting.