Online Webinar: Stand up for the ABC

In the lead-up to the October budget three outstanding speakers offer their perspectives on the ABC. 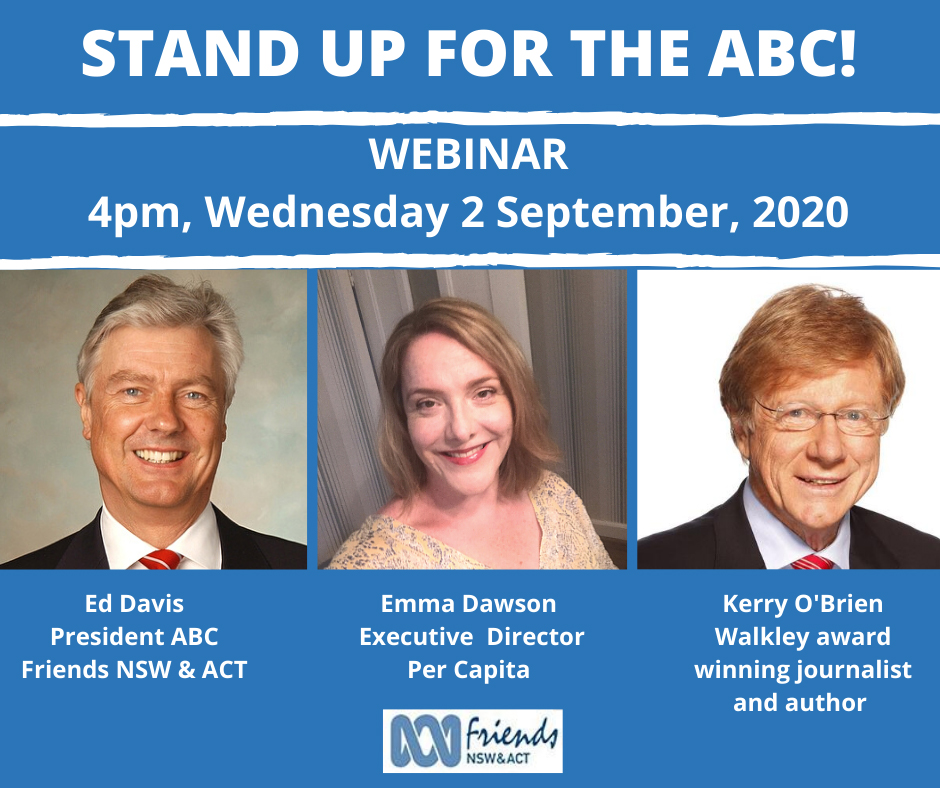 Why is the ABC so important for so many Australians? What's at risk if the cuts continue – and what's already gone?  What's the real story on ABC funding? What impact will the big technology companies have on our public broadcaster?

Kerry O'Brien needs no introduction. A multi award-winning journalist, he presented Lateline, the 7:30 Report and Four Corners for many years. Since his retirement in 2016 he has remained active in Australian public life.

Emma Dawson is the Executive Director of Per Capita, an independent think tank that conducts rigorous research to address the  challenges our nation must face in the next decade and beyond. Emma is the author of Per Capita's recent report, "It's Our ABC".

Free of charge but please RSVP to receive your Zoom link.

New to Zoom? We will send out some tips on downloading and using Zoom to you after your RSVP.