Posted in Latest news from ABC Friends on 20 September 2022

Posted in Latest news from ABC Friends on 20 September 2022 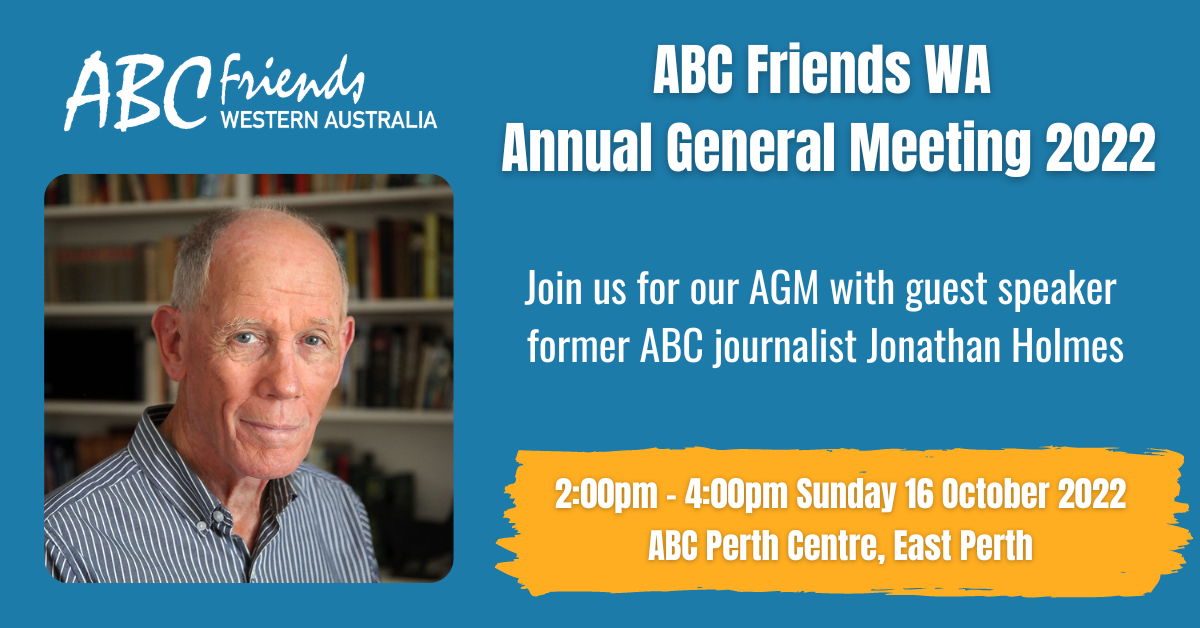 Jonathan Holmes will be joining us in person following the business of the AGM.

Jonathan has been a journalist for 35 years; he moved from the UK to Australia in 1983 to become Executive Producer of Four Corners, where he stayed until 1985. He was the ABC’s Correspondent in Washington DC for 2 years (1998-2000) and presented Media Watch from 2008 until 2013. Jonathan has also served as Head of ABC Documentaries, Executive Producer of Foreign Correspondent (1992-3) and The 7.30 Report (2001-2), and later reported for both Foreign Correspondent and Four Corners.

Jonathan has been a Walkley Award nominee four times. In 1988, he wrote, produced and narrated the documentary Hoddle Street, about the 1987 Hoddle Street massacre, which won top prize at the 1988 Banff World Television Festival. In 1998, with Jill Jolliffe, he won the Logie Award for Best Documentary for a Foreign Correspondent special about the Balibo Five. In 2003, he received the Silver Award ‘for sustained excellence over a quarter of a century’ from the United Nations Association of Australia.

Refreshments will be provided following the meeting.