Posted in Latest news from ABC Friends on 27 August 2018

Posted in Latest news from ABC Friends on 27 August 2018

Join us for the ABC Friends WA Annual General Meeting. 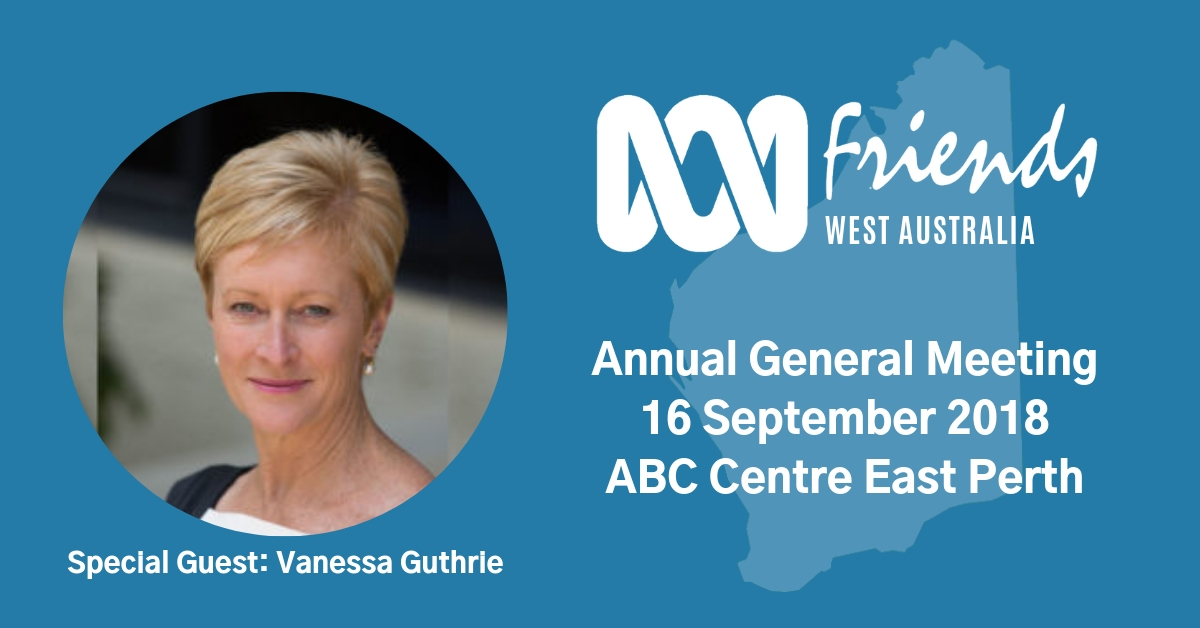 Dr Vanessa Guthrie is a highly accomplished Executive and Director with a career spanning thirty years in the resources sector in diverse roles such as operations, environment, community and indigenous affairs, corporate development and sustainability. Vanessa has qualifications in geology, environment, law and business management including a PhD in Geology. She was awarded an Honorary Doctor of Science from Curtin University in 2017 for her contribution to sustainability, innovation and policy leadership in the resources industry.

In 2013, Vanessa was recognised by the mining industry as the Outstanding Professional Woman from the WA Chamber of Minerals and Energy and was one of the world’s Top 100 list of inspirational women in mining globally.