Posted in Latest news from ABC Friends on 02 November 2022

Posted in Latest news from ABC Friends on 02 November 2022

A new committee welcomed/Journalist Johnathan Holmes discusses the future of the ABC at the ABC Friends 2022 AGM in Perth. 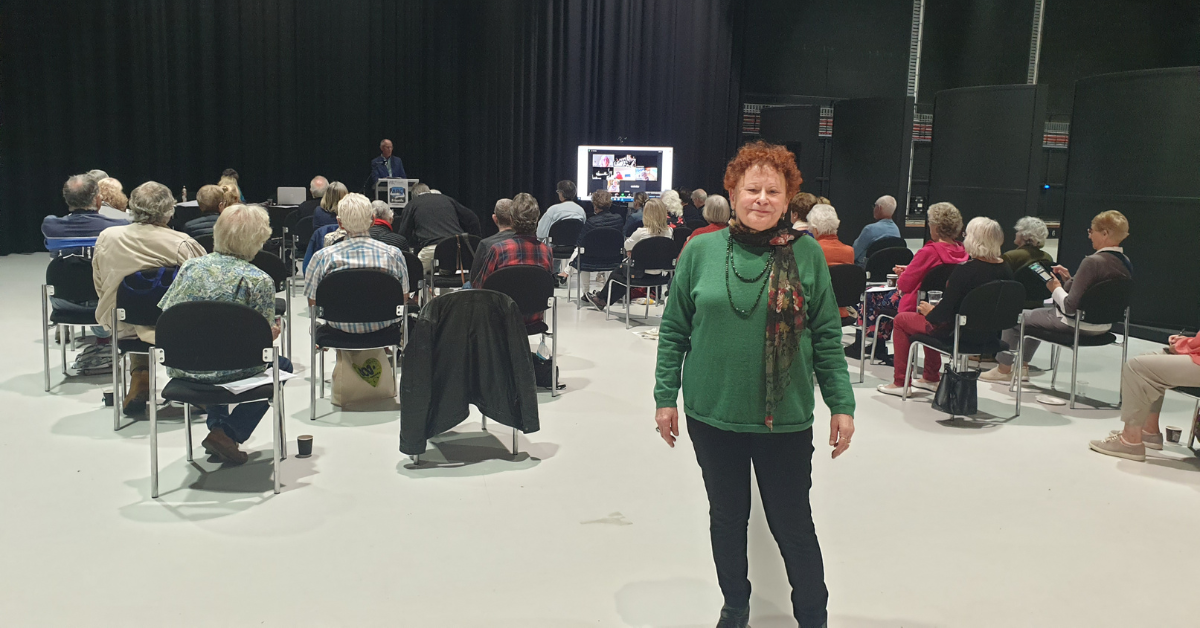 The in-person event was well attended, the online event less so. The speaker Jonathan Holmes, Chair of ABC Alumni, and previously distinguished ABC journalist and presenter, is well known and joined us in Perth in person. The meeting was held again at the ABC Centre in East Perth, though in Studio 61 because 620 was not available.

Thanks to everyone who helped make the AGM a success, and a special thank you to Perth ABC staff Cameron Matthews, who admitted people to the building and set up chairs and tables, and Raman Kaur who provided the technical expertise. Thanks to Helen Tuck for being our Returning Officer again. Thanks to all committee members who organised the afternoon tea, talked to members and signed up new members, and a special thanks to Jenny Meyrick who stood in for the new President when she was unable to attend in person due to illness, although she joined online.

Our President for the last 10 years, Bobbie Mackley, and four other Committee members have not re-nominated, so we have five new Committee members for 2022-23. Meg Durston, is returning to the committee after a 7 year gap.  The new committee is listed below.

Jonathan Holmes on Redefining Broadcast Television in the Streaming Age 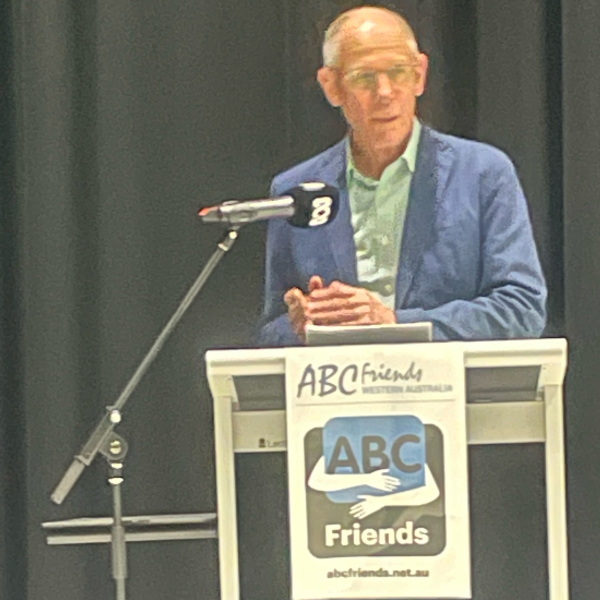 In his presentation, Jonathan Holmes said that he believes that in another decade broadcast TV and radio will be dead. He said that almost no-one under 40 watches broadcast TV, but that people do watch reality TV shows on commercial TV because they get to vote, and they have to do that in real time. Broadcast TV now also has to compete with global streaming services with huge audiences. The streaming services can afford to make very expensive programs that the consumer can buy at a small cost. However, now there are so many streaming services that each will need to spend less on production.

A greater problem is that now consumers can choose to watch only what they agree with. Rupert Murdoch has made two fortunes by carving out an audience of socially conservative working class people, firstly in Britain with The Sun from 1969, then with Fox News on cable TV in the US in the 1990s. Public broadcasting helps to counteract misinformation and has therefore always been targeted by the Murdoch media.

When asked 'What does the ABC do?' Jonathan said, ‘The ABC is the place to go for Australia – for stories and true news.’

A video of Jonathan’s talk, and the lengthy Q&A session that followed, can be seen here.

Not already a member of ABC Friends? Click here to join.