ABC report must be released after five month delay

ABC report must be released after five month delay

An Efficiency Review Report into ABC Funding must be released by Senator Mitch Fifield before May 18th, so voters know how the Coalition plans to fund the national broadcaster if it wins government. 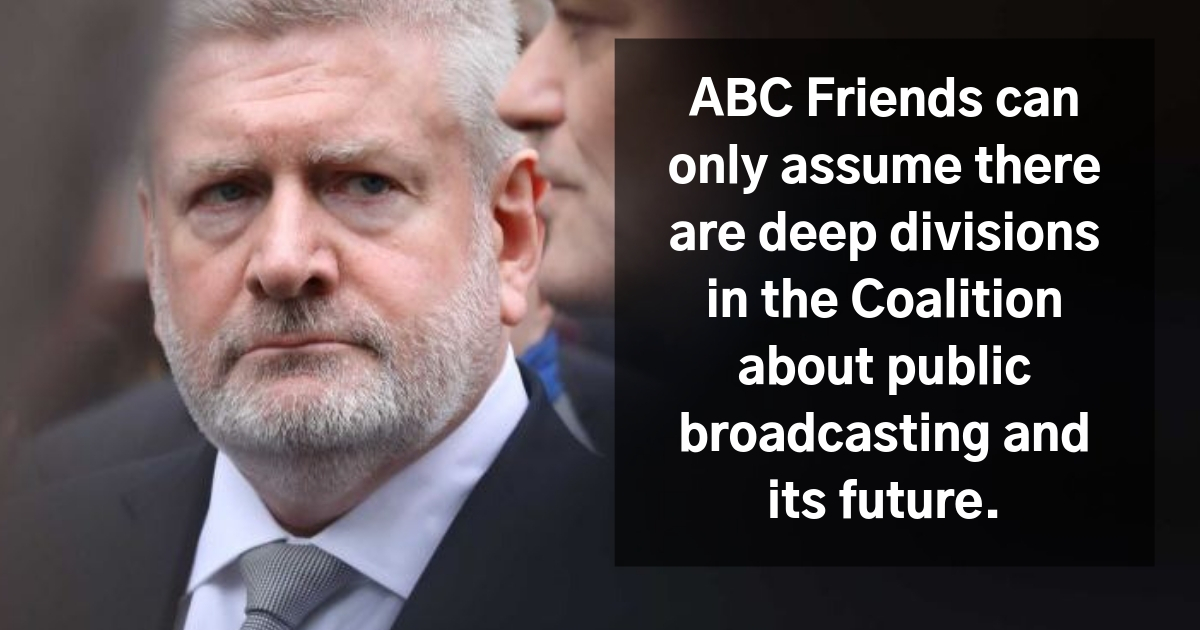 Unfortunately, the Prime Minister has not yet explained if the Liberal Party National Policy to privatise the ABC will be reversed so that the recommendations of the Efficiency Review Report can be considered by voters.

Apparently the Review finds the ABC needs ten-year funding to give certainty in long term planning to meet the demands of a complex media environment.

The Minister for Communications has had the report since December but has not yet released it.

ABC Friends can only assume there are deep divisions in the Coalition about public broadcasting and its future, so that the demands to privatise do not accord with a report recommending ten-year funding.

Clearly, the Coalition urgently needs to clarify its public broadcasting policy because the last five-year government record shows a $393 million dollar cut in funding with a loss of 1000 jobs.

Donate to our Election Fund

The Efficiency Review was conducted by government-appointed media experts and now gives the Minister the opportunity to start the restoration of the ABC in line with public expectations.

ABC Friends National President Margaret Reynolds called on the Minister to release the report for public comment and allow consideration of new options for rebuilding the ABC.