Posted in Latest news from ABC Friends on 23 December 2019

Posted in Latest news from ABC Friends on 23 December 2019

It’s not an easy time to send Christmas greetings to our many friends and supporters because my thoughts are focussed on the severe impact of the horrendous bushfires that are threatening so many communities around the country. 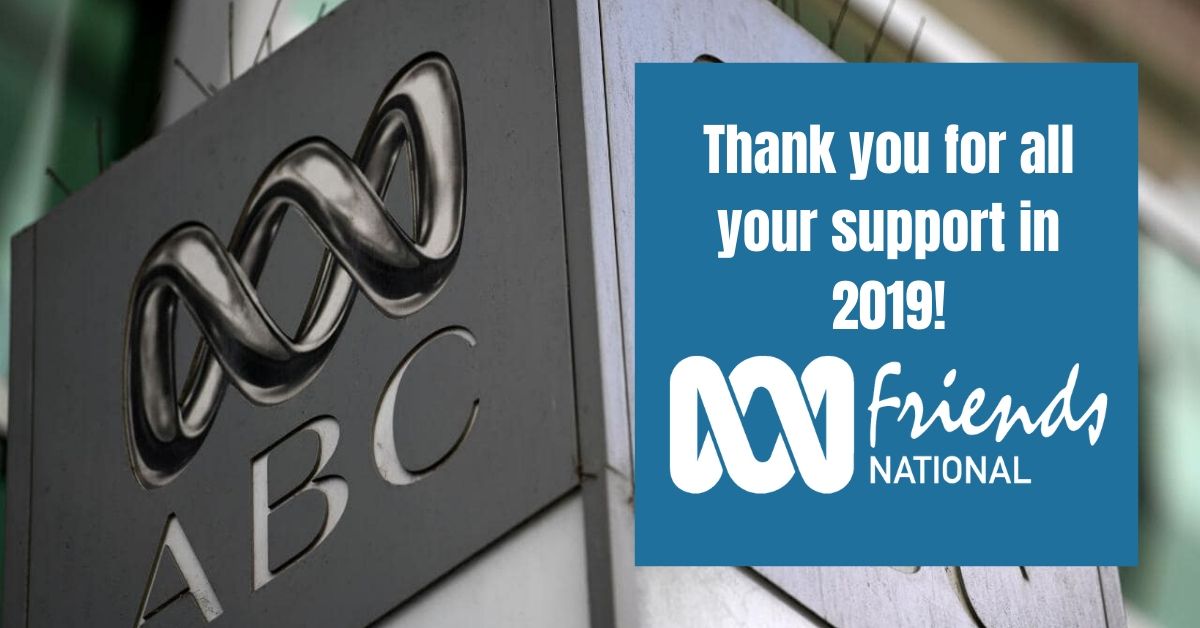 For many Australians the coming weeks will not allow seasonal celebrations as they continue to deal with current bushfires or their aftermath.

In 2019 ABC Friends has greatly appreciated the support of so many Australians who have assisted our campaigns to gain increased recognition of the ABC which provides us with essential services, information and entertainment .

In these times of extreme bushfire threat, ABC Radio Emergency broadcasts are often the only source of local information for many communities, so the commitment of ABC staff is greatly valued.

In the last twelve months we have witnessed governments around the world ignoring the public’s fundamental "right to know" as whistleblowers and journalists are treated as criminals for exposing information in the public interest.

In Australia we can celebrate ABC investigative journalism which has led to Royal Commissions or other enquiries to expose the need for greater accountability in oversight of public policy.

Let’s ensure we continue to keep a close watch on those who resist the need for public broadcasting in our democracy. We must continue our work to maintain a strong independent ABC.

Thank you all for support during 2019 and I look forward to working with you in 2020.