Posted in Latest news from ABC Friends on 25 October 2019

Posted in Latest news from ABC Friends on 25 October 2019 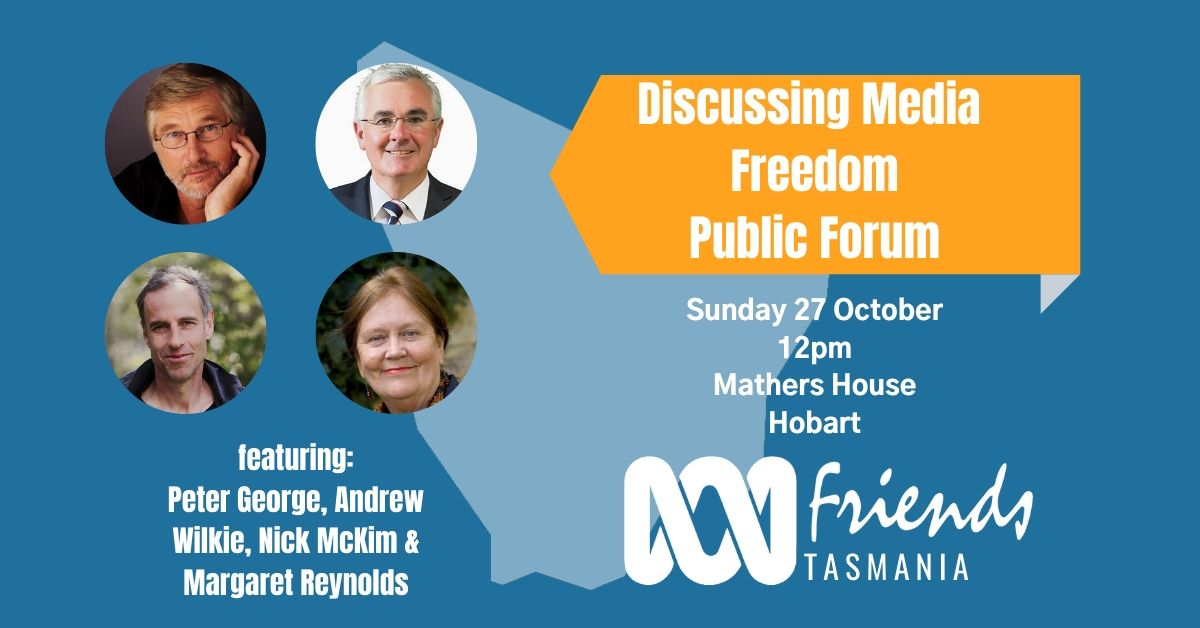 Peter George was the ABC’s first Middle East correspondent and an inaugural reporter on ABC TV’s Foreign Correspondent. During a career of four decades he reported from 6 continents covering conflicts, natural disasters, political events and social upheavals. Much of Peter’s reporting has been from countries in which freedom of the media does not exist or has been severely restricted but in which courageous individuals – often local reporters working under threat – have helped shine a light on events.

Andrew Wilkie is the Independent Member for Clark. He has a strong sense of social justice and his flagship issues include gambling reform, animal welfare, climate change, asylum seekers and the need for Australia to have a more independent foreign and security policy. Andrew famously blew the whistle over the fraudulent reasons for Australia joining in the invasion of Iraq in 2003, which helps to explain his continuing strong advocacy for media freedom and protecting whistleblowers.

Nick McKim is an Australian Greens Senator for Tasmania and the party’s spokesperson on Justice and Digital Rights. Nick is one of Parliament’s leading voices against ever-expanding government powers under the cloak of ‘national security’. He recently helped to establish a Senate Inquiry into press freedom and whistleblower protections.

Margaret Reynolds is President of both ABC Friends Tasmania and ABC Friends National. She will outline what the Friends have been doing as part of their Defend Media Freedom Campaign. And, if pressed, she may reprise her teaching days and give you a lesson on the earliest Australian fight for press freedom - right here in Hobart Town.

2.00 - 3.30 Annual General Meeting
We will provide a light lunch for those staying on for the AGM.