Use your vote in Eden-Monaro to help save the ABC

Use your vote in Eden-Monaro to help save the ABC

Over the past three decades the ABC's operational funding has been slashed by 30% in inﬂation-adjusted terms. Hundreds of jobs have been lost, programs have been cut and still the ABC is expected to do more with less... including the emergency broadcasting that saved lives during the bushﬁres. 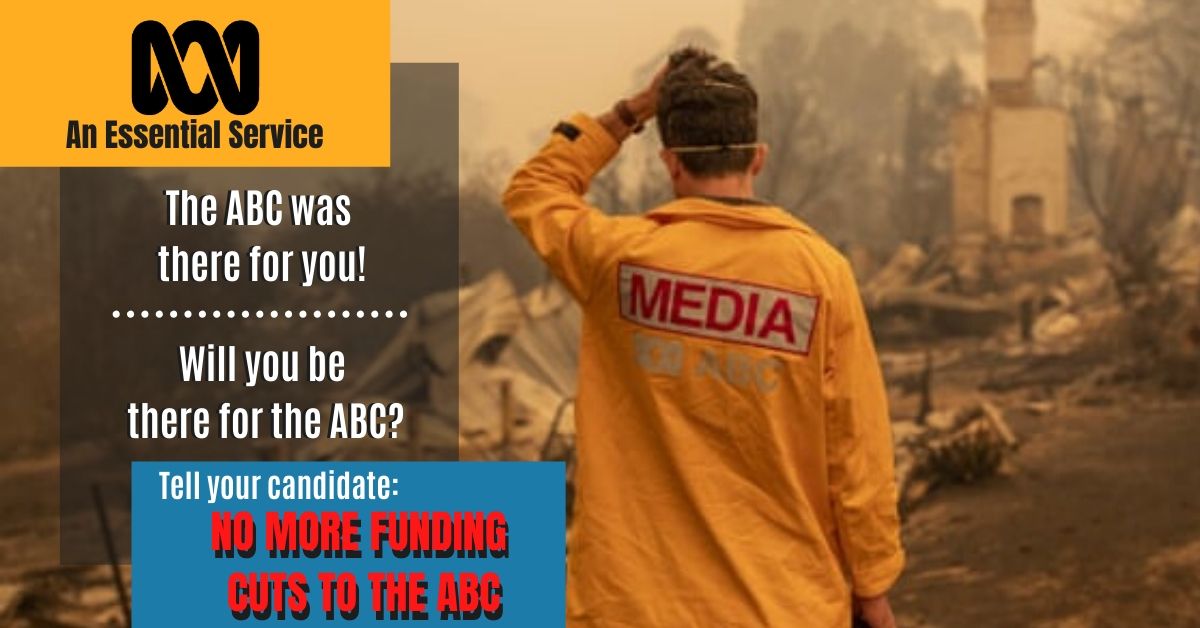 Which candidates in Eden-Monaro support the ABC?

ABC Friends surveyed candidates in the Eden-Monaro by-election for their views on the ABC. We used a common questionnaire and scoring system to assess candidates’ views and considered their past and intended actions in support of the ABC. (Some candidates were unable to be contacted or did not complete our questionnaire.)

We also interviewed the candidates in the four main parties (Liberals, Labor, Nationals and Greens). We thank them for giving time to discuss ABC issues.

A major difference between candidates was their level of support for improved funding to the ABC. Given the massive reductions in ABC funding, we believe reversal of these cuts is the single most important requirement for a better ABC.

The very small increases to the ABC’s funding in the last federal budget go nowhere near to making up funding cuts of more than $783 million since 2014.

Use your vote to support candidates who support the ABC!

The following table rates candidates in Eden-Monaro on their support for a strong, well-funded and independent ABC based on ABC Friends’ surveys of the views of candidates. Within each section, candidates are listed by the level of their support.

If you value the ABC and want to see its services protected, we encourage you to consider these results when you cast your vote. 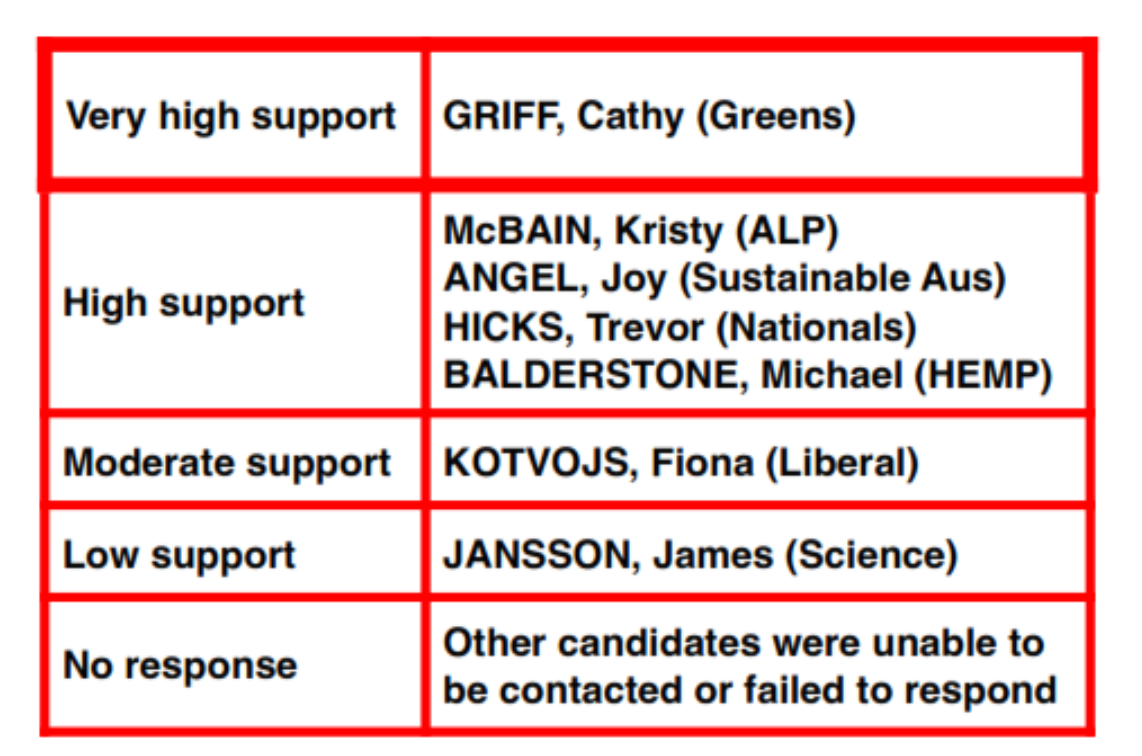 The survey questions covered the ABC’s role, funding levels, independence, and support for rural, regional and international coverage. We also asked about candidates’ previous actions and future commitments to support the ABC.