Posted in Latest news from ABC Friends on 16 August 2016

Posted in Latest news from ABC Friends on 16 August 2016 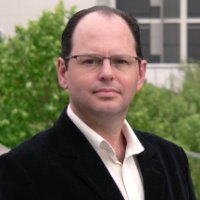 Jeff was appointed by ABC Friends to direct our national campaign  in the lead up to this year’s federal election – his brief was  to provide professional support to spread our message wide by way of social media and by mobilising supporters both on-line and on-the-ground.  The aim was (& remains) to draw public attention to the chronic under-funding of the national broadcaster, and to strengthen the voices of ABC Friends and ABC supporters around the country.  Jeff will be speaking about the ‘nuts and bolts’ of this very successful campaign and where we go from here.

Jeff,  a journalist and media consultant, was the first major Australian video journalist to work in Europe, providing footage for all Australian television networks.  He has worked in remote regions of Australia for the ABC’s Landline and 7:30 programs.  From 2006 to 2014, Jeff was a senior journalist with ABC News, based in Melbourne.  He is the author of two books:  Gone for a Song: A Death in Custody on Palm Island; and Every Beat of my Heart: An ABC Journalist’s Journey from Death.