Great to see submissions from Friends

Posted in Latest news from ABC Friends on 28 August 2019

Great to see submissions from Friends

Posted in Latest news from ABC Friends on 28 August 2019

It is great to see so many ABC Friends taking time to write to their elected Members and Senators about Defending Media Freedom, as well as submitting to the current Senate Inquiry which wants to establish best practice protections for journalists and whistleblowers. 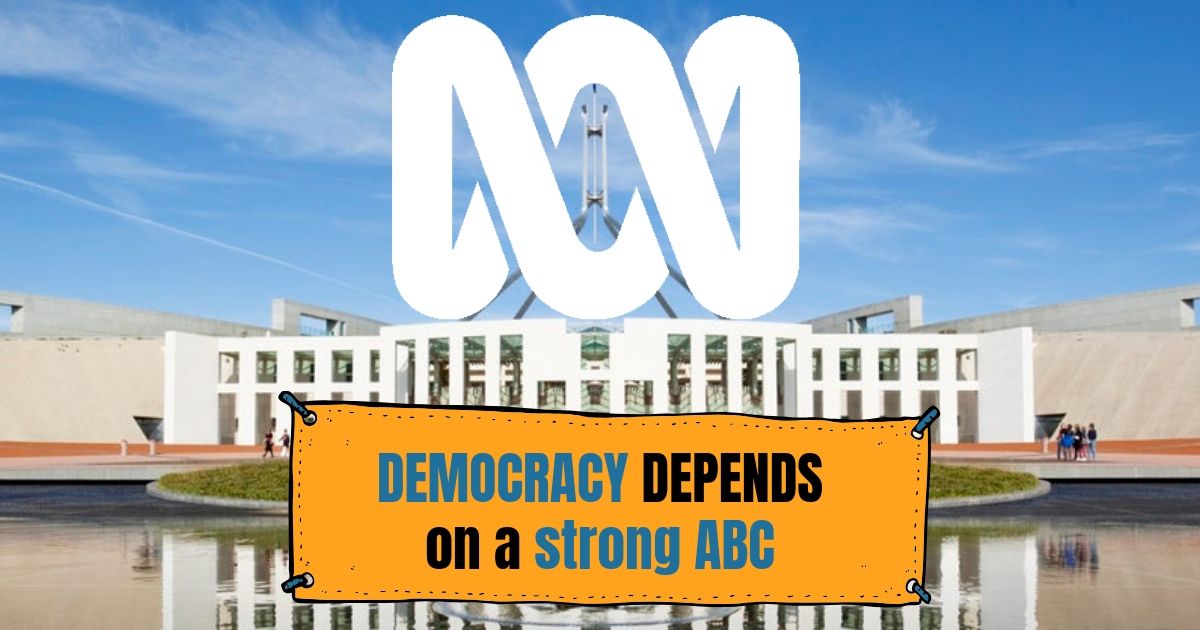 Below is just one example of a personal submission that reminds us how important it is we use the opportunities we have to communicate our deep concern, which has been heightened after this week’s Four Corners report on Australian spying operations in East Timor.

My name is Diana Wyndham. Disturbingly, in this Press Freedom Inquiry, all but one of the Terms of Reference relate to security provisions which means that press freedom can only be considered in (f) any related matters.

There has been intense interest in the Federal Parliament's Joint Committee on Intelligence and Security.  Jennifer Duke, in her report on the Sydney hearings (The Sydney Morning Herald 13 August 2010) noted that:

Australia's biggest media organisations have challenged national security agencies to demonstrate when public interest journalism has damaged the country's safety, while arguing for a loosening of strict laws they believe threaten democracy. Media companies and lobby groups pushed for a change in treatment of public interest journalism under national security rules and argued that responsible news outlets should be exempt from some penalties at a public hearing of a federal parliamentary inquiry into press freedom in Sydney on Tuesday.

Laura Tingle reported on 7.30 (17 August 2019) that the evidence given in Sydney and Canberra came from two different worlds:  bureaucrats (urging secrecy) and the media (urging press freedom).  She said:

The issue of the culture of secrecy was best nailed by News Corp executive (and former newspaper editor) Campbell Reid. "In the United States, if you contact a public official, they have an obligation in their constitution to be as open as they possibly can," he said. "In this country, public officials seem to have the reverse obligation, and any working journalist who has experienced those two environments is absolutely struck by the difference." The point repeatedly made by media executives was that the campaign to get legislative change to the "creeping secrecy" that shrouds Canberra doesn't just relate to national security and intelligence. …The evidence given by bureaucrats did not seem to recognise or acknowledge there might be problems in the law. In fact, some argued it would be extraordinary for public servants to come into such an inquiry and say there were flaws in existing laws. It was not an attitude that was wildly encouraging of a sensible discussion, or even willingness to see how our political culture has been changing.

Constitutional law expert George Williams told the committee a Canadian expert on counterterrorism laws, Kent Roach, had dubbed this "a form of hyperlegislation, meaning Australia has far exceeded the number of laws enacted in the UK, Canada, the United States or elsewhere". "That term captures the surprise and puzzlement that overseas researchers often experience when they look towards Australia's experience of legislating for terrorism," Professor Williams said.

The current laws make it increasing difficult to accessing information. There are often long delays and when material is provided, it is often heavily censored.  The dangers of this trend are highlighted in Christopher Knaus and Jessica Bassano’s article in in The Guardian (2 January 2019) - https://www.theguardian.com/australia-news/2019/jan/02/how-a-flawed-freedom-of-information-regime-keeps-australians-in-the-dark

Academics, journalists, crossbenchers and anti-corruption campaigners are now calling for change, urging the government to overhaul Australia’s FOI laws to improve transparency. Lawyer Peter Timmins, a respected FOI expert and former diplomat, wants to see a comprehensive review of Australia’s FOI laws to make them “fit for the 21st century”. “The government has been sitting on a review since 2013 when Allan Hawke undertook a review of the act and his first recommendation was there needed to be a full review of FOI legislation, and a rewrite of the act in a way that made it more understandable and accessible,” Timmins said. “That’s never happened.” Last financial year was particularly poor for government transparency. The rate of FOI refusals was at a record high (17%), and the proportion of requests being granted in full was at its lowest (50%) since the OAIC (Office of the Australian Information Commissioner) began publishing data.

At the Global Conference for Media Freedom, representatives of governments around the world [including Australia] signed a pledge to work together to protect media freedom.  It published and signed as part of the Global Conference for Media Freedom hosted by the UK and Canadian governments in London on 10 and 11 July 2019. https://www.gov.uk/government/publications/global-pledge-on-media-freedom/global-pledge-on-media-freedom.  The pledge identified these threats to media freedom:

Journalists and media organisations are increasingly confronted in their vital work by restrictive laws, punitive legal measures, and physical violence. Too often, whether they work with traditional media or on digital platforms, they pay for their commitment with their liberty or their lives. Media freedom is an integral element of global security and prosperity. People need free media to provide them with accurate information and informed analysis if governments are to be held to account. Where journalists and media organisations are free to do their work safely, societies are more prosperous and more resilient. The free exchange of views and information that results allows communities to identify and pursue emerging opportunities and to recognise problems that must be addressed.

Attacks on media freedom are attacks on human rights. They entail attacks on the human rights of journalists and those working in media organisations. These rights are enshrined in the Universal Declaration of Human Rights and other human rights instruments and are upheld in the Sustainable Development Goals – rights such as the right to freedom of opinion and expression and the right to life, liberty, and security of person. Violations and abuses of the rights of journalists and those working in media organisations have a cascading effect on the rights of others, as scrutiny falls away. Too often, it is governments who are the source of threats to media freedom. … Sometimes, governments target individual journalists or media outlets, often violating the right to a fair trial and public hearing and ensuring impunity for perpetrators. Sometimes they put in place unreasonably restrictive legal and regulatory frameworks that make it impossible for journalists to do their work. Sometimes, they distort the information environment intentionally. Where governments are not the source of the problem, they often fail to provide the solutions needed to counter the actions of those who attack media freedom.

If Australia is to maintain a strong democracy and a vibrant, independent media, our government must: