Posted in Latest news from ABC Friends on 28 November 2019

Posted in Latest news from ABC Friends on 28 November 2019 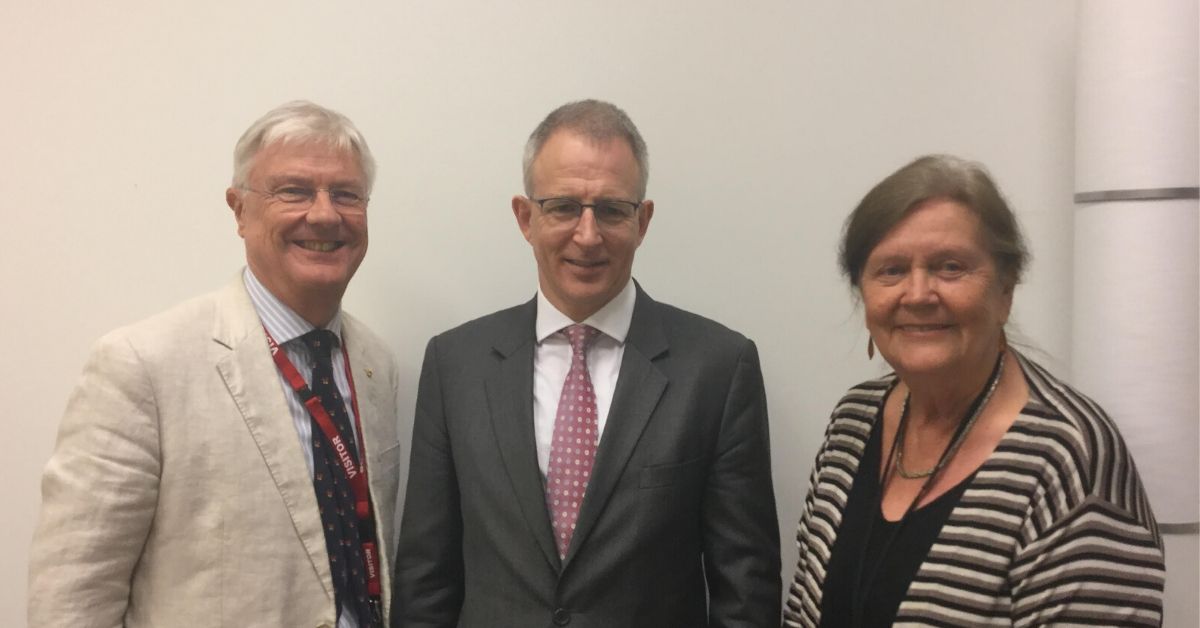 National President Margaret Reynolds invited Minister Fletcher to give the special Annual ABC Friends Lecture in Parliament House in 2020 and looked forward to hearing his priorities for Australian public broadcasting.

Vice President Ed Davis highlighted the loss of ABC funding by a number of governments over the last thirty years and suggested it was time for consideration of new funding models, which better responded to the demands of a complex media climate and offered greater opportunity for forward planning .

In particular ABC Friends emphasised the vital role of emergency services broadcasting, when communities relied on the ABC for essential up to date warnings.