Once again the Morrison Government is treating the ABC like it is a State broadcaster, not the public broadcaster. 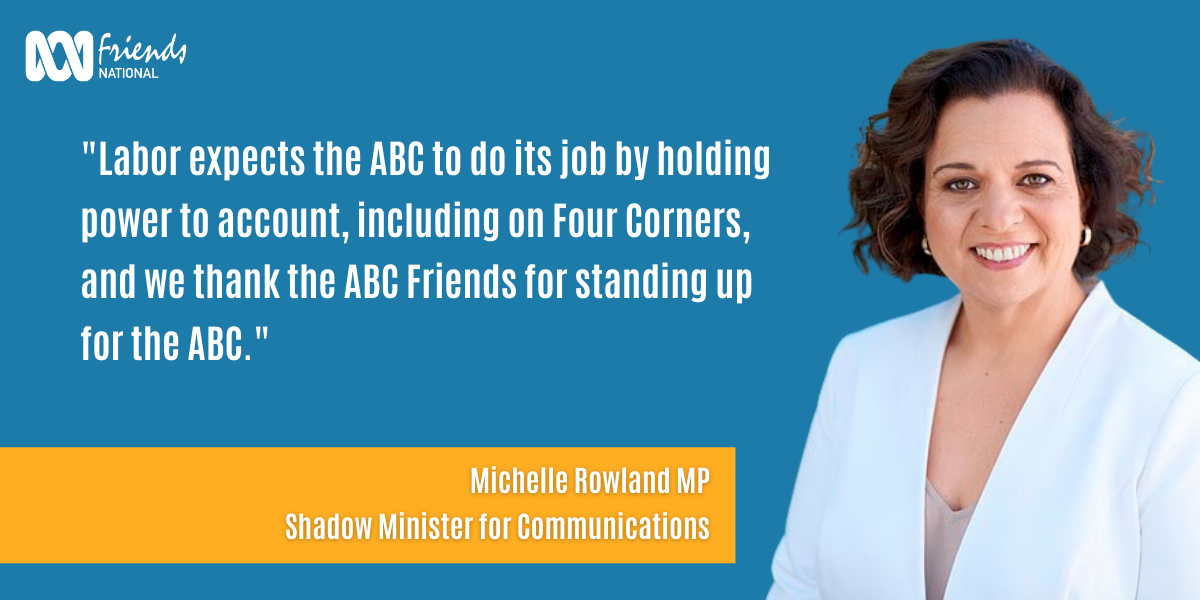 Last week, the Minister for Communications and the Arts, Paul Fletcher, wrote to the ABC Chairperson, with a litany of questions with one aim in mind: To threaten ABC Board Members and intimidate ABC staff about the Four Corners investigation Inside the Canberra bubble.

Pauline Hanson didn’t like it when ABC 4Corners aired an investigation into the One Nation Party called “Please Explain”.

Now Paul Fletcher, the Minister responsible for upholding ABC independence, is asking the Board to “show cause” simply because this Liberal Government can’t face the truth about its own Ministers.

Three weeks after the program went to air, Paul Fletcher has lodged a complaint with the ABC Chair seeking to make the Board – who are Liberal appointments – directly answerable for the program.

The ABC has already answered a range of questions about the program before Senate Estimates which the Minister would do well to familiarise himself with.

Why did it take Paul Fletcher a whole three weeks to write to the ABC Chair? What has he been doing all this time?

Well, he certainly hasn’t been meeting with the Northern Sydney Friends of the ABC, who are stakeholders in the Communications portfolio as well as constituents of the Member for Bradfield.

The person with questions to answer is not the ABC Chairperson, but the Minister himself.

That is why I am lodging Questions on Notice for the Minister to answer: Why does the Minister to refuse to meet his constituents and stakeholders – the Northern Sydney Friends of the ABC?

What is it about this Government when it comes to shunning scrutiny, accountability and responsibility at every turn?

What is the Morrison Government doing to make Parliament safer for staff?

What is the Morrison Government doing to support regional media?

There is a crisis facing regional media in Australia. News deserts are emerging. Yet this Government is cutting the ABC and denying ABC proposals to invest more in regional Australia.

This week in Parliament, the final sitting week of the year, the Morrison Government has, once again, listed its pointless, window-dressing bill to amend the ABC Act and Charter for regional Australia.

The ABC’s commitment to regional Australia is strong. The same can’t be said for the Morrison Government however.

The ABC doesn’t needs its Act or Charter amended to strengthen its commitment to regional Australia – it needs stable and adequate funding.

It is well past time the Morrison Government put its money where its mouth is and started governing for all Australians when it comes to the ABC.

Labor thanks the ABC for working to save the lives of Australians during the bushfires last summer and keep us safe and informed during the COVID-19 pandemic.

Labor expects the ABC to do its job by holding power to account, including on Four Corners, and we thank the ABC Friends for standing up for the ABC.