Posted in Latest news from ABC Friends on 28 April 2019

Posted in Latest news from ABC Friends on 28 April 2019

The Shadow Attorney-General, Mark Dreyfus, showed his support for ABC Friends Victoria, by joining a sizeable group for a protest outside the office of the Communications Minister, Mitch Fifield. 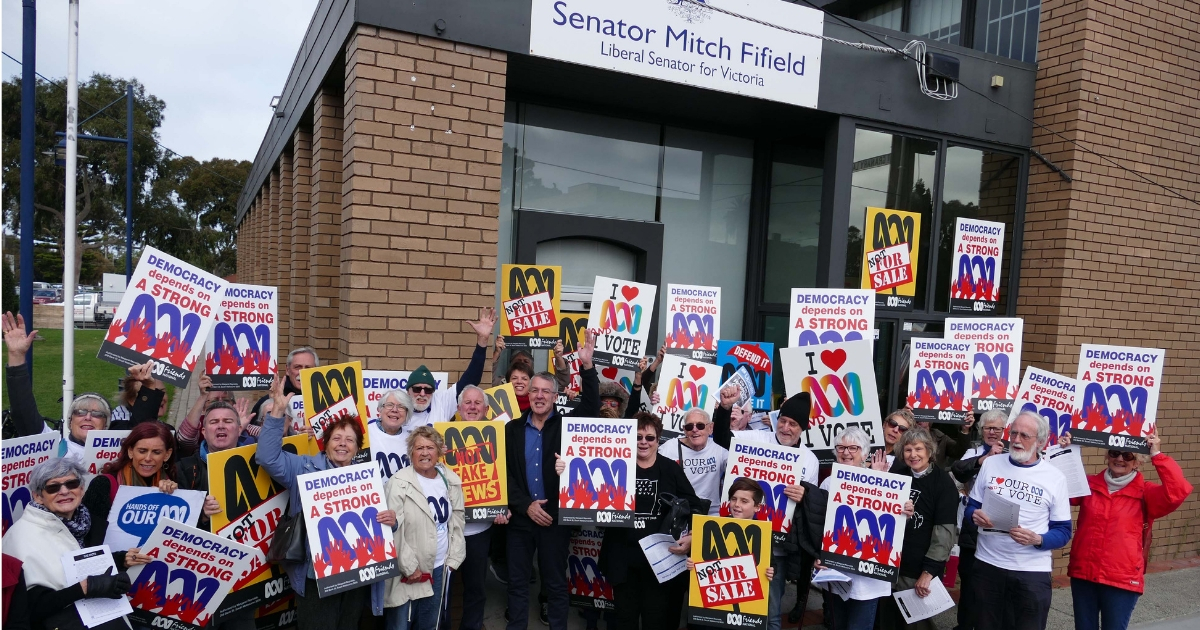 ABC Friends has been terribly disappointed with Senator Fifield’s performance as Communications Minister, overseeing major cutbacks rather than filling his role as custodian of Australian public broadcasting.

And we’ve made a new video questioning the Senator’s true commitment.