Posted in Latest news from ABC Friends on 11 February 2020

Posted in Latest news from ABC Friends on 11 February 2020

ABC Friends have released a special bushfire edition of our magazine, Update. 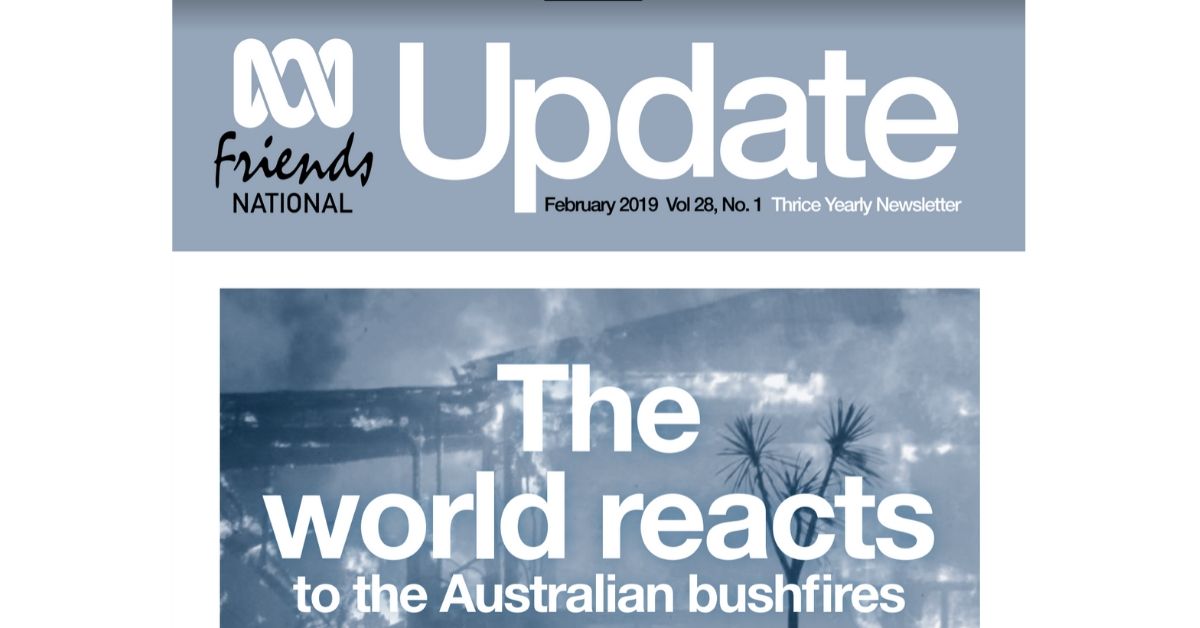 British natural historian David Attenborough has described this summer's fires as ‘a major international catastrophe.’ Read gripping personal accounts of bushfire experiences, analysis from our National President Margaret Reynolds and Vice-President Professor Ed Davis, selected articles from journalists, reports from the ABC, and the observations of many ordinary Australians on the role of the ABC as our Emergency Broadcaster.

The ABC's Emergency Broadcasts saved lives and kept families safe. Hundreds of ABC staff, many returning early from leave and working in extreme conditions, brought stories, pictures, sound and  essential emergency information to every corner of Australia.  It is appalling that many ABC staff are facing redundancy as a result of the recent $83.7 million budget cuts inflicted on the ABC by the Morrison government, on top of the $250m in cuts since 2014.

ABC Friends will be in Canberra when parliament resumes to demand the restoration of funds so that our ABC remains strong and independent.

Update is the national membership magazine of ABC Friends. Not a member? Sign up here.