Posted in Latest news from ABC Friends on 01 November 2021

Posted in Latest news from ABC Friends on 01 November 2021

Tasmanian Friends and supporters gathered in Launceston on Sunday 24 October for a lively AGM, a convivial lunch and an entertaining address by our guest speaker.

President, Peter Tatham, welcomed Friends and special guests, including the member for Bass, the Hon Bridget Archer, Senator Peter Whish-Wilson, and David Brill, veteran cameraman and the newly appointed Tasmanian Convenor for ABC Alumni. He then invited our special guest, Judy Tierney, to address the meeting.

A state and national award-winning journalist who worked for ABC radio and television over 35 years, Judy continues to contribute to various programmes despite her “retirement”. Judy has won the State’s highest recognition for journalism, the Keith Welsh Award and in 2019 she was awarded the Order of Australia for services to journalism.

Judy’s topic was Journal of a Journalist and she delivered a rollicking speech about her life and times in the media. She was passionate in her support for the  skilled people she worked with at the ABC in Tasmania - fellow journalists, production staff and cameramen in particular. 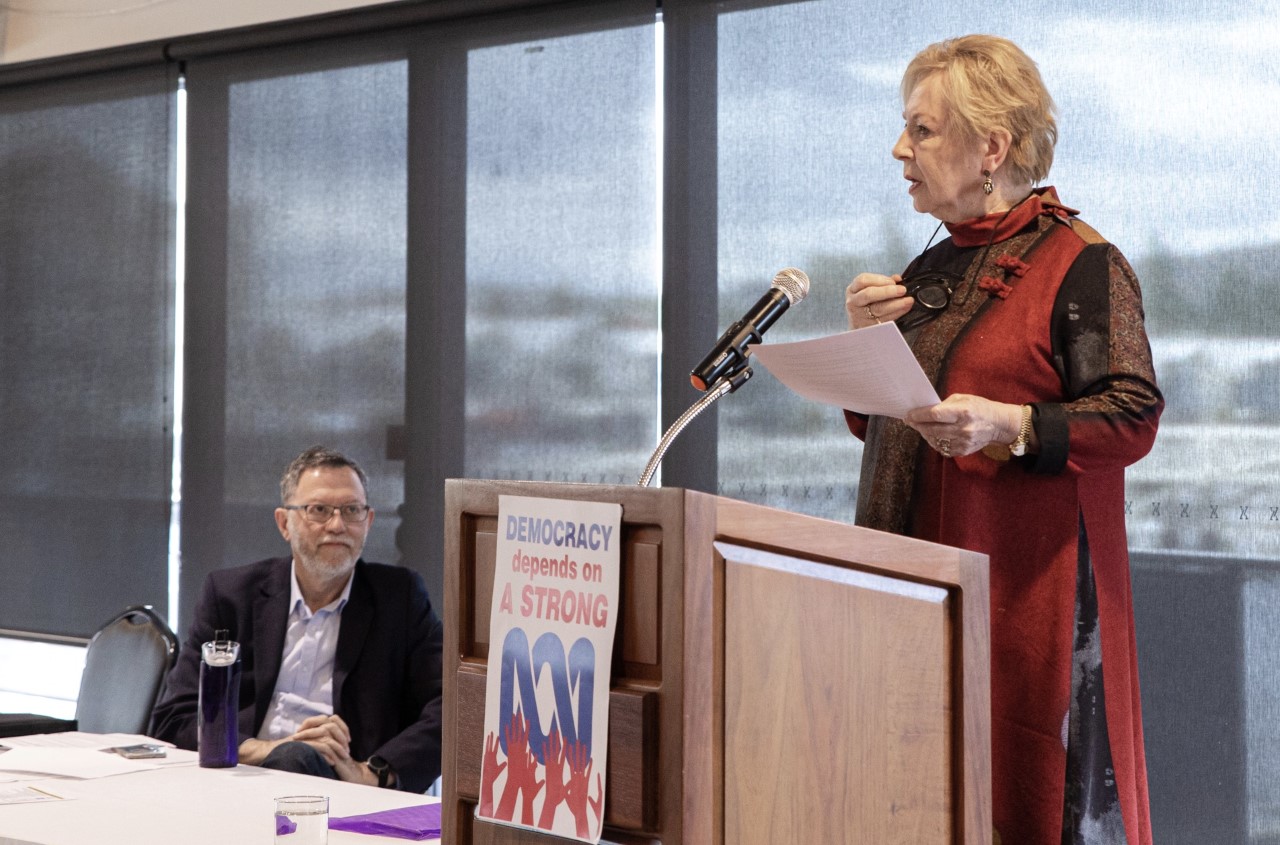 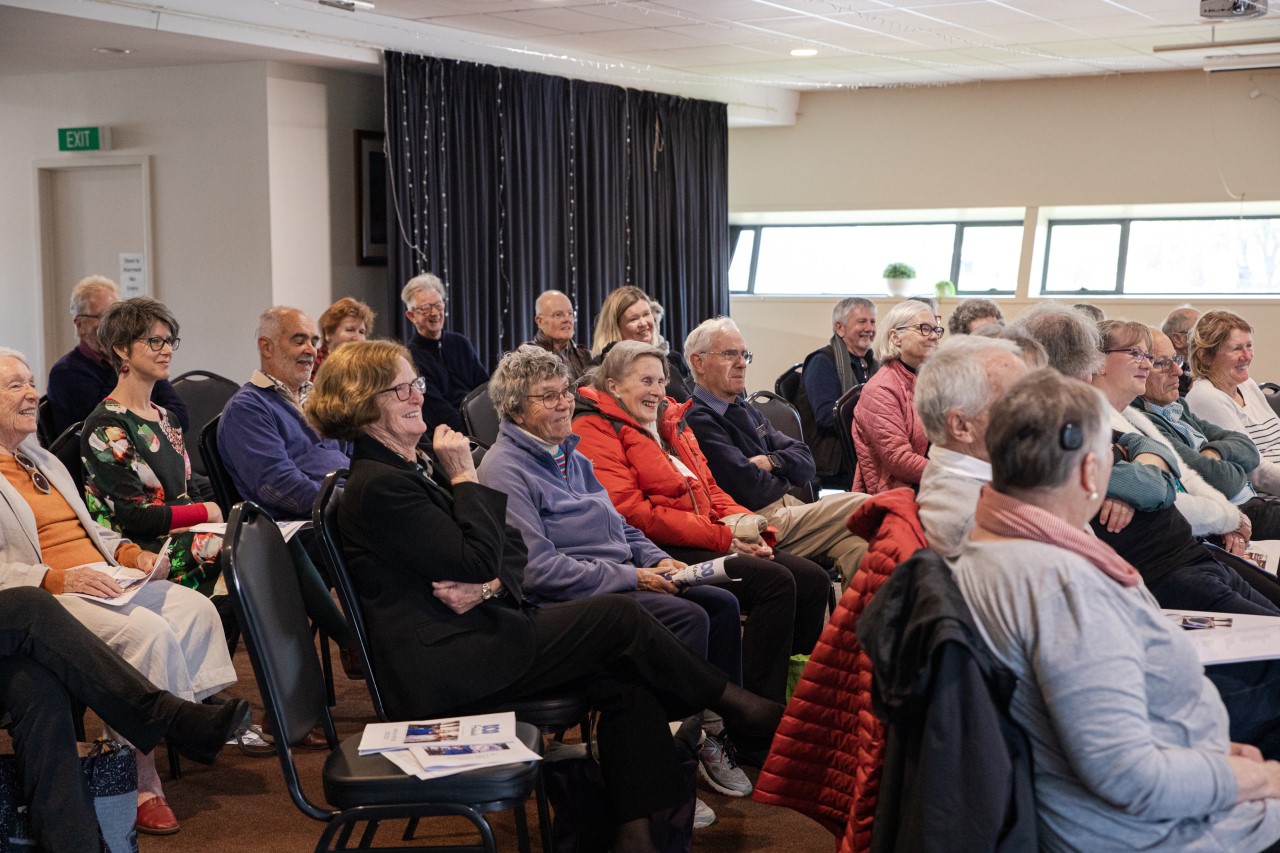 While highly entertaining throughout, Judy also provided much food for thought. In speaking of her life, work and travels, much of her address was off the cuff. But she was happy to share some of her scripted comments that provide a window into her thinking about current challenges facing the ABC. You can read a selection of those speech notes here.

Before lunch, Peter Tatham had the honour of announcing the Association’s second Life Membership - to Margaret Reynolds. Margaret has been a Tasmanian Friend for nearly 10 years and led the Association as President for many years, stepping down in 2021 to be able to give more time to her demanding role as Friends’ National President.

Peter reminded those present of the organisation’s debt to Margaret, both Nationally and here in Tasmania, recalling Anne O’Byrne’s remark that everything “took off” when Margaret got involved. He spoke of her great charm and intellect, her strong social conscience, her strength as a political strategist and her passion for public service, noting that all of us find her an inspiration.

Peter then called on our first Life Member, Anne O’Byrne, to make a presentation to Margaret on behalf of a very appreciative membership. 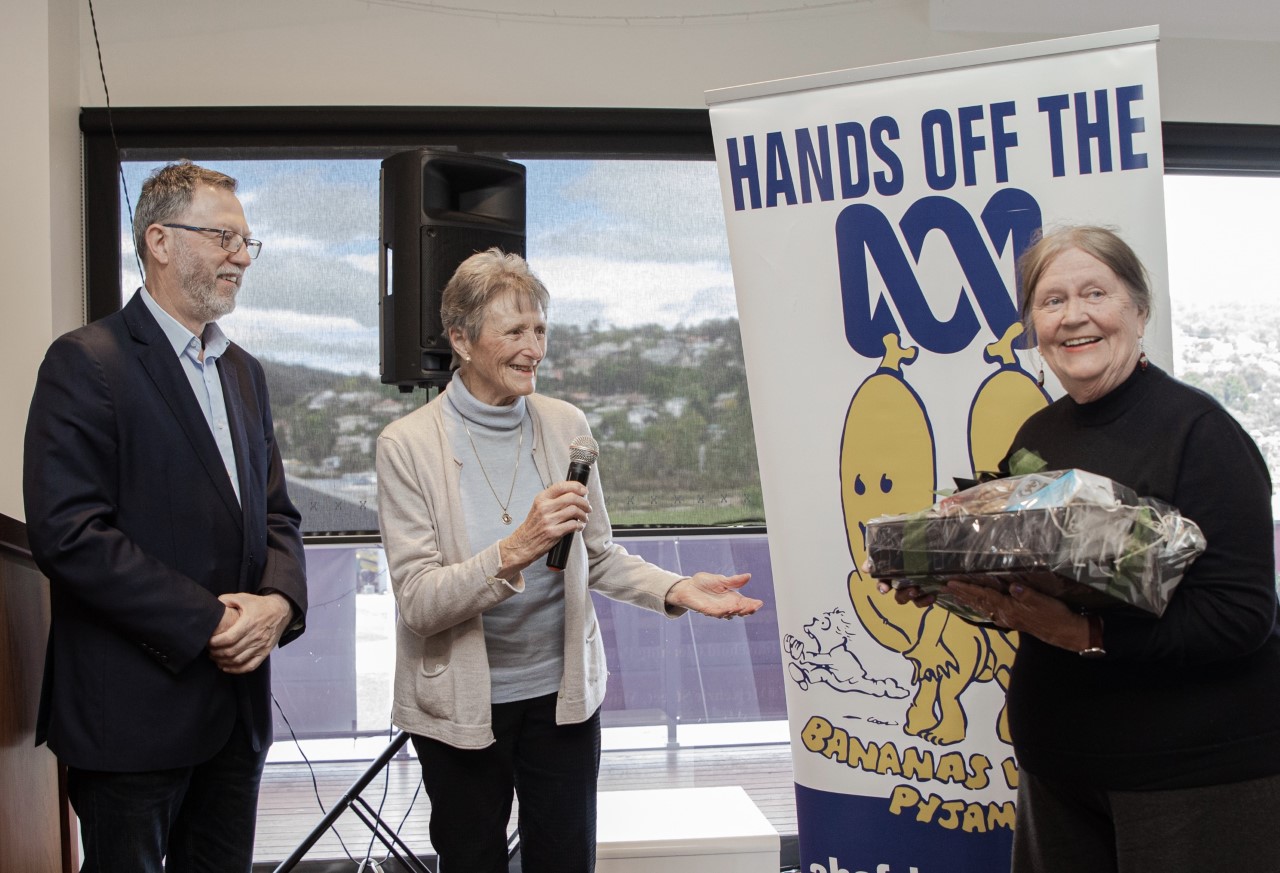 One President and two Life Members - Photo by Louise Middleton

Office-holders spoke to the Annual Report - you can read the full report here.

In presenting their National Representatives’ Report, Margaret Reynolds and Rowan Wylie spoke of the huge debt of gratitude owed to Kate Durkin for her work as National Treasurer. In this role, she established sound, transparent and accountable financial and administrative arrangements for ABC Friends nationally, while successfully negotiating some challenging and difficult issues.

Margaret stated that Kate should be congratulated for her very valuable contribution, her outstanding role in Tasmania and her even greater contribution nationally. By acclamation, the meeting passed a Motion to commend Kate Durkin for her invaluable and meticulous work at the national level.

The incoming Committee for the 2021/22 year was elected unopposed. Sadly, Anna Wylie did not nominate this year due to current study and work load. We thank her for her contribution and hope that we will see her back on the Committee when life pressures ease a little. We welcome our newest Committee member – Marilla Lowe. Marilla has been a Friend in Tasmania for over 5 years and has already made a huge contribution as a ready volunteer at markets and other public events. 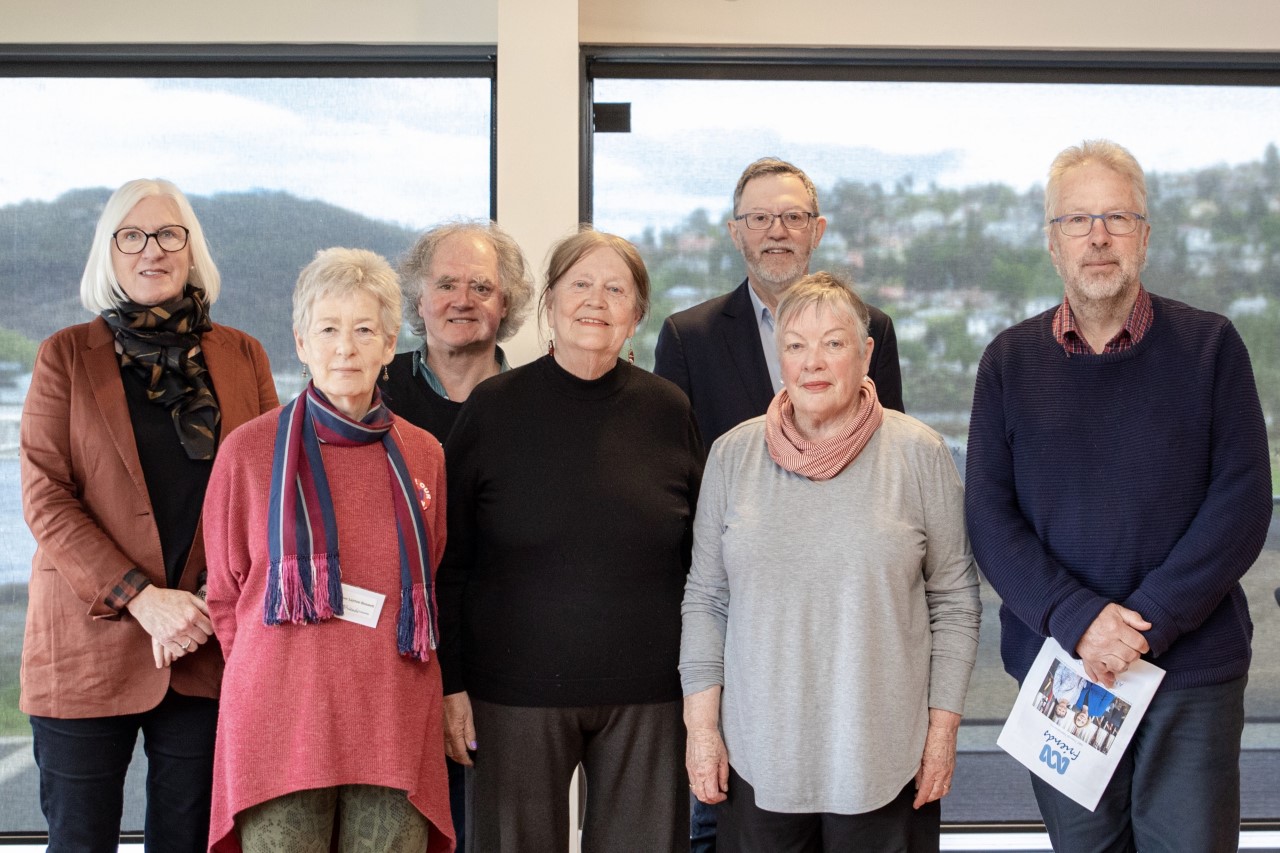 You can read the Minutes of the formal meeting here.

After the meeting, Peter Tatham chaired a wide-ranging discussion.

Attendees were delighted that the two political representatives in the audience, Bridget Archer MP and Senator Peter Whish-Wilson were happy to respond to questions and to talk about the political context in which decisions about the ABC are taken. While not present as guest speakers, we really appreciated that Bridget and Peter agreed to address the meeting and welcomed their comments in support of the ABC. Indeed, Bridget is our newest Tasmanian member, joining on the day. 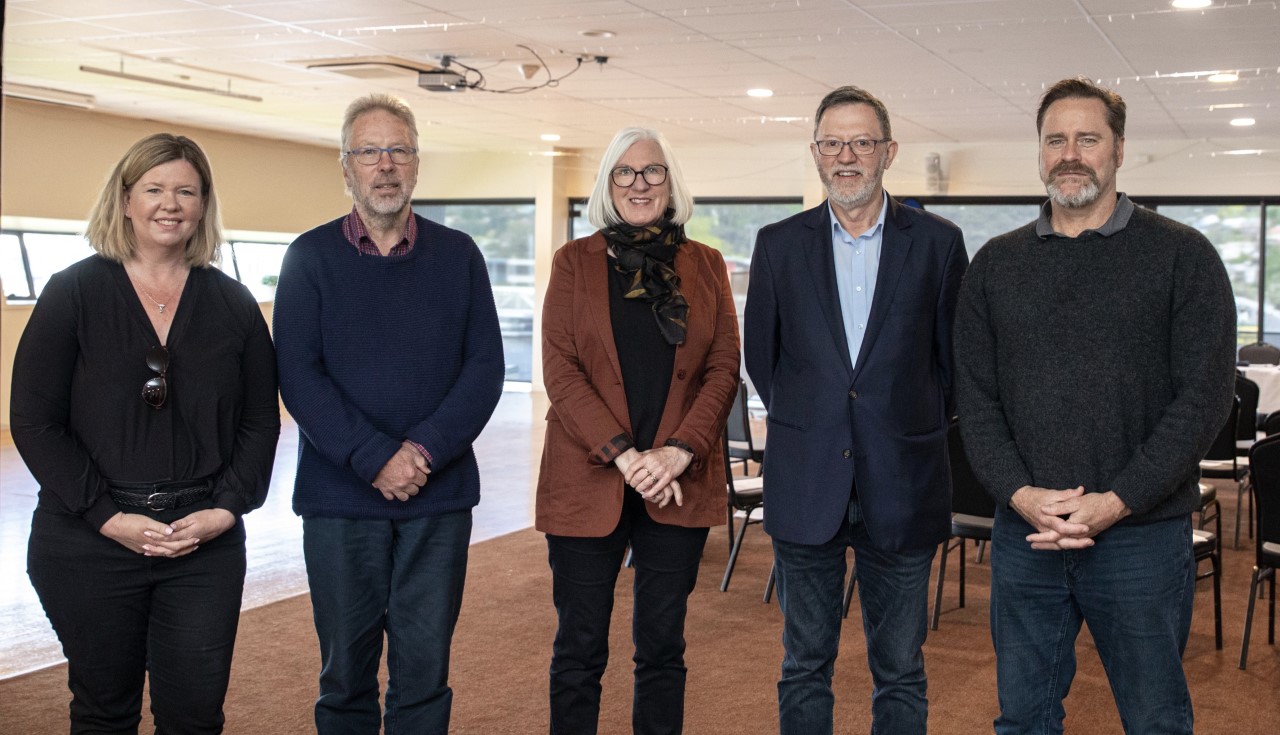 Peter Tatham referred those present to a handout prepared for the day, outlining some of the Committee’s thinking about Friends’ campaign actions in the lead up to the coming Federal election. You can read the handout here.

If you can help on the ground in any way, please email, advising what you might be able to do - [email protected]. As part of the campaign, we will be actively engaging with as many candidates as possible in order to advise the public on which candidates and parties offer the best policies for the ABC. We hope that they will be as frank and generous with their time as Bridget Archer and Peter Whish-Wilson proved themselves to be at our meeting.