Posted in Latest news from ABC Friends on 31 July 2019

Posted in Latest news from ABC Friends on 31 July 2019 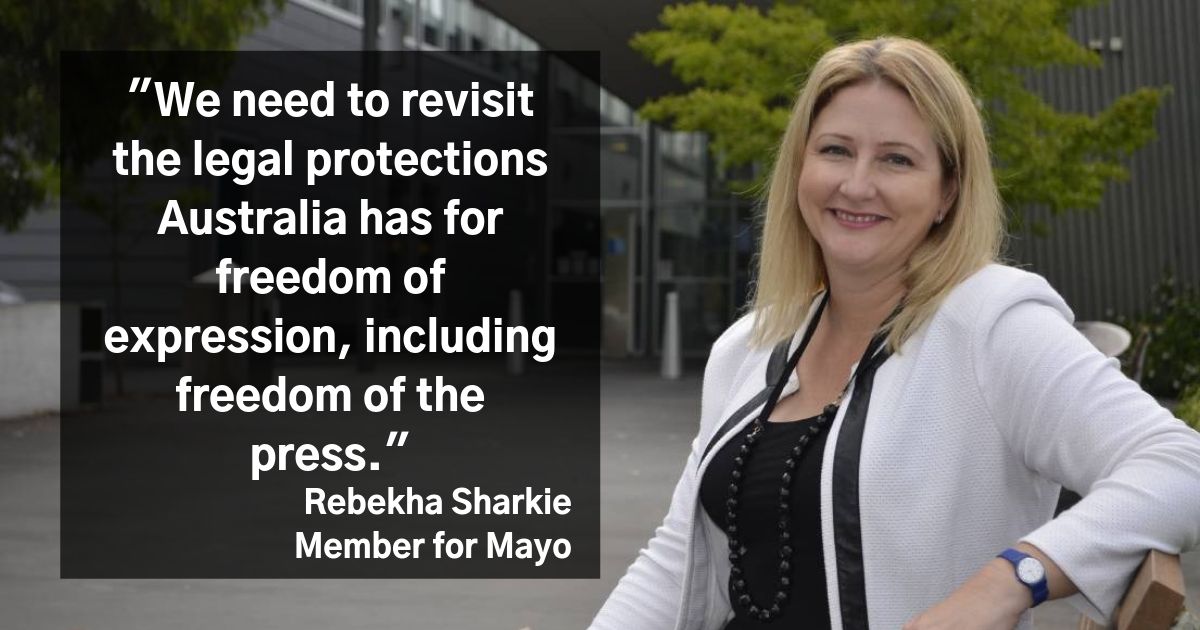 Rebekha Sharkie, Centre Alliance member for Mayo, made a speech in parliament for the second reading of the bill on Monday, 29th July 2019.

Centre Alliance is firmly of the opinion that the time has come for our nation to bring in a constitutional backstop to protect our free press and the right of all Australians to speak freely.

When the news broke last month that the Australian Federal Police had raided the home of a News Corp journalist and then ABC, it's fair to say it was like a blast of arctic air for Australia's fourth estate. It was also a wake-up call for every Australian.

In an era when public trust in politicians is at an all-time low, this very public act of enforcement was a direct assault on public interest journalism.

It sent a clear message to the media and their sources that they are at serious risk if they publish information the government doesn't want them to publish, even if that information is in the public interest.

At the time of the raids our home affairs minister said: Nobody is above the law and the police have a job to do under the law. But in the light of the government's complete lack of interest in having the AFP track down the source of the leaked ASIO briefing on the medevac laws earlier this year, it would appear some who choose to leak classified information are above the law, and that is deeply concerning.

This is why, more than ever, we need to revisit the legal protections Australia has for freedom of expression, including freedom of the press.