Why is the ABC not being talked about in the election campaign?

Posted in Latest news from ABC Friends on 29 April 2022

Why is the ABC not being talked about in the election campaign?

Posted in Latest news from ABC Friends on 29 April 2022

We are at the halfway point of the campaign, and apart from the Pacific announcement from Labor, why is no-one talking about the ABC? 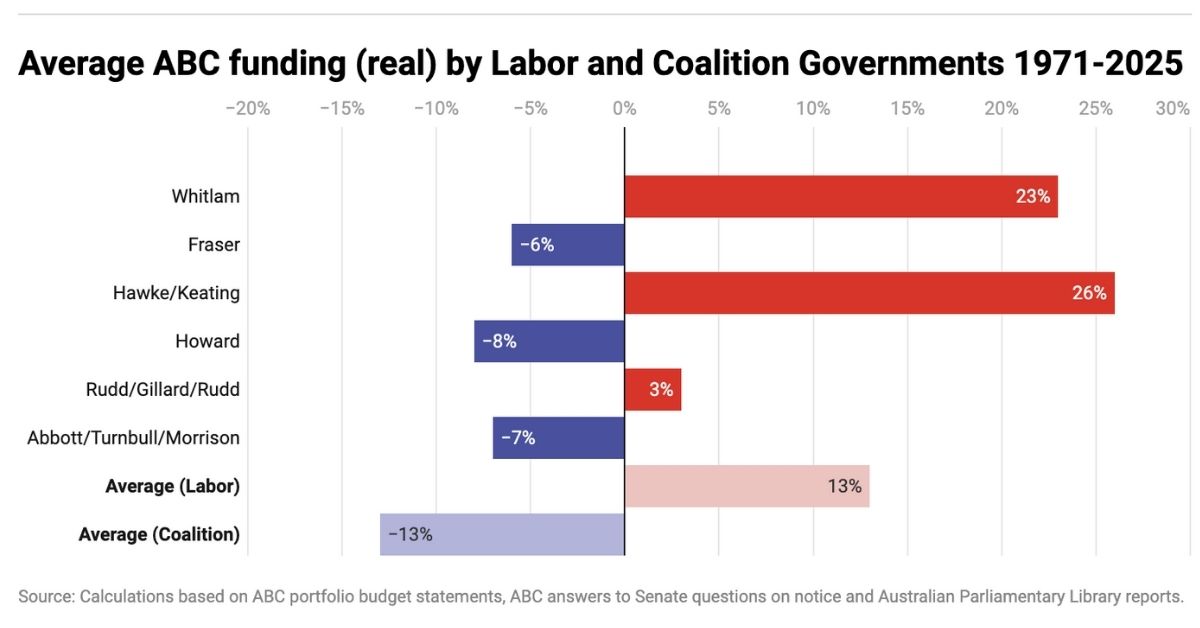 "The ABC is too important a national cultural institution for voters to be denied a clear picture of how it is being treated by the government, and by the Labor opposition.

Two of [the writers], Michael Ward and Alex Wake, have tracked the Coalition government’s support several times on this site, most recently in February, writing that the ABC’s budget hasn’t been restored – it’s still facing A$1.2 billion in accumulated losses over a decade.

Ward has also conducted research on how much the ABC has lost and will continue to lose in aggregate over the course of a 12-year period. Ward used a number of public financial sources to build the data sets behind the tables and figures in this article, including ABC portfolio budget statements, a 2014 Budget paper, and a 2022 Budget Strategy Paper. He also used Australian Parliamentary Library reports and ABC answers to Senate Questions on Notice in 2018 and 2021.

The evidence is clear: but for a series of decisions made over the nine years of the Coalition government, the ABC would have far more funding at its disposal.

The article addresses an interesting question:

"Why is that, when according to the Morrison government’s own figures, the ABC’s real funding will continue to decline over the next three years?

This comes despite strong denial from the communications minister Paul Fletcher, who declared in February. “The Morrison government has provided strong and consistent support to the ABC.”

The author of the articles' conclusion: "This is a breathtakingly misleading statement."